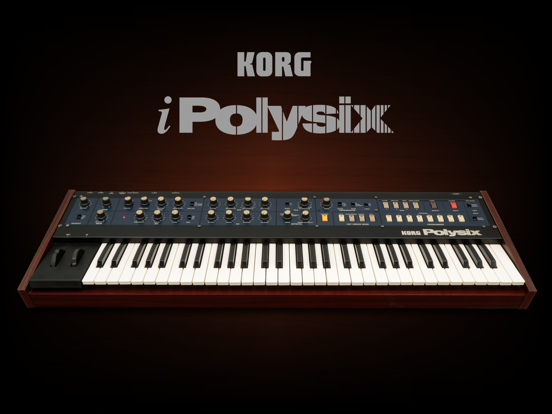 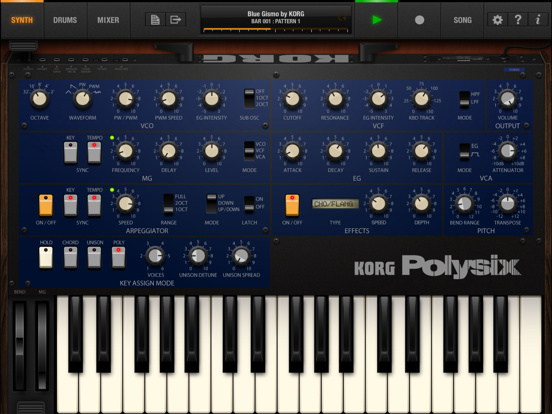 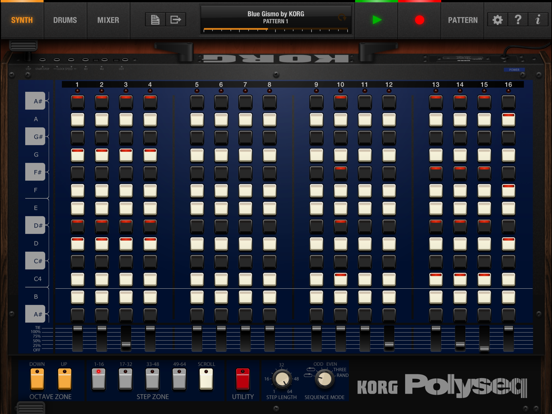 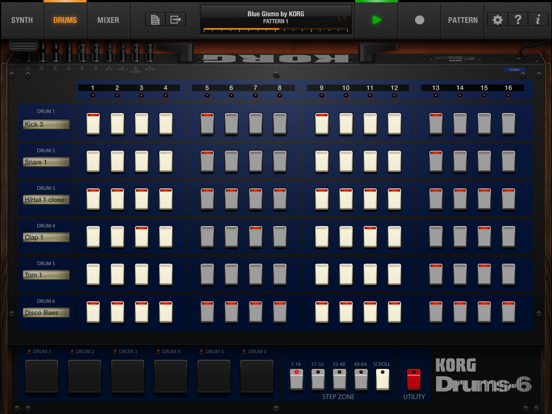 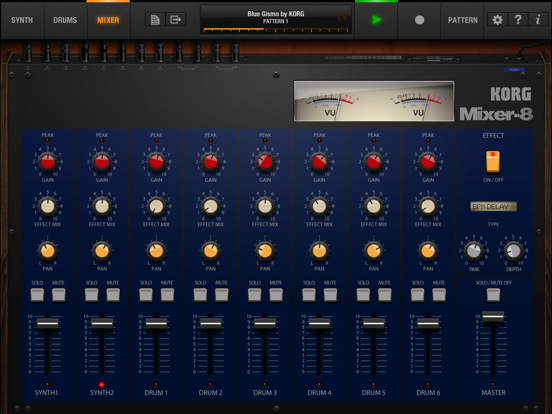 KORG iPolysix for iPad
iPolysix is an analog polyphonic synthesizer that's been carefully designed to take full advantage of the 7.9-inch display of the new iPad mini as well as the iPad. Bringing together a sequencer, drum machine, and even a mixer, it transforms your iPad or iPad mini into the ultimate analog synth studio. Pack an amazing set of early-'80s analog equipment into your iPad, and time-travel back to the dawn of polyphonic synthesizers!

Highlights:
● The world-wide best-selling Polysix polyphonic synthesizer, fully replicated on your iPad
● Use the newly developed Polyseq polyphonic step sequencer to control the Polysix
● A music production environment including two Polysix units, a drum machine, and a mixer
● Dual Kaoss Pads with chordal support make it easy for anyone to play analog synth sounds
● Polyshare powered by SoundCloud lets you publish, share, and remix songs with iPolysix users

● The world-wide best-selling Polysix polyphonic synthesizer
Korg's Polysix, a six-voice analog polyphonic synthesizer, went on sale in 1981. While a popular synthesizer of that time was able to produce only five notes simultaneously, the Polysix had six-note polyphony, and its name was an expression of its designers' pride. iPolysix uses Korg's proprietary "CMT" (Component Modeling Technology) to simulate the actual electronic circuits of the original unit, perfectly reproducing the original Polysix.

● The newly developed Polyseq polyphonic step sequencer
Polyseq is a polyphonic step sequencer that provides up to 64 steps, newly developed in order to take full advantage of the Polysix's capabilities. Polyseq provides a different operating feel than a conventional piano-roll sequencer or even a step sequencer; it's a new yet somehow familiar experience, as if you were retracing the evolution of electronic musical instruments. Don't miss the opportunity to try out this perfect match; the Polysix+Polyseq.

● A music production environment including two Polysix units, a drum machine, and a mixer
iPolysix has been created as a professional music production tool. In addition to two Polysix units, it provides a six-part drum machine, and an analog mixer that's reminiscent of the KMX-8 mixer. You'll have everything you need to produce great sounding music. Surrounded by analog equipment, you'll imagine that you've time-traveled back to the early '80s.

● Dual Kaoss Pads with chordal support
The large multi-touch display shows two Kaoss Pads which you can control using both hands to perform music. This enables creative performance even for those who have no musical knowledge. These Kaoss Pads have been customized for iPolysix to allow not only single-note performance, but also chordal playing with just one finger; a new experience made possible only by a combination of new and old technology, the Polysix+Kaoss Pad.

* You will need to register for a SoundCloud account in order to use SoundCloud. Also, when using SoundCloud, you must observe SoundCloud Ltd.'s terms of use, such as the prohibition on uploading songs whose copyright is the property of a third party. For details, refer to the SoundCloud website : http://soundcloud.com
* System requirements: iPad mini or iPad series (iPad 2 or later is recommended)
GET
Contact Us
Twitter
Copyright © 2022 Woo Interactive.
Home
United States
Submit
Contact Us
Twitter
Copyright © 2022 Woo Interactive.