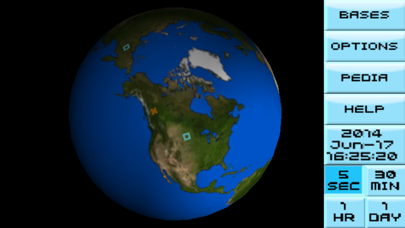 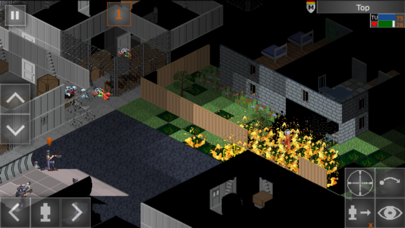 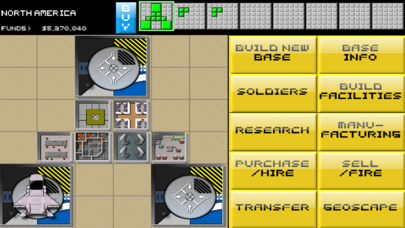 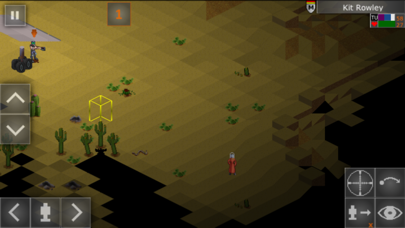 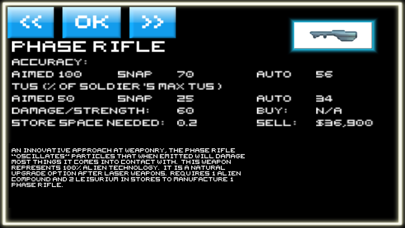 Aliens versus Humans
**"In Onslaught players can expect the kind of portable X-COM experience they’ve always wanted." --148apps.com
**"AvH: Onslaught is like a tribute band for X-Com – it hits all of the same notes as the original: recruitable (and re-nameable) troops who learn as they gain experience, cagey aliens who see in the dark better than you do, bases that you build and staff, research that you direct, randomized combat maps – the whole lot." -- pockettactics.com

AvH starts with 25 heart-pounding, intense training missions. Through 25 missions, get upgraded gear and face tougher aliens. These missions will get you ready for 'The Onslaught' where you'll be responsible for world management.

When you think you're ready, you can jump right into the Onslaught.

Aliens versus Humans: THE ONSLAUGHT

You have been hired by the United Countries of Earth (UCE) to defend our planet. Your job is to build bases around the globe in order to detect alien “Teleportation Events”. Once detected, you must send team(s) of soldiers out to remove the Alien threat and recover any Alien technology.
Beware, the Aliens have superior firepower and you will need to research and manufacture better gear in order to have a chance of winning the war against them. The UCE has provided a fully functional base that will get you up and running.

Choose to start here if you're new to the game. Lots of progressive, challenging missions that can be replayed.

Features List:
* Design and play your own missions. Choose terrain, soldiers, weapons, armor. Set alien intelligence from easy to truly evil.
OR
* Play 25 missions that proceed along a storyline, including night time missions.
* 11 weapons and 3 armor types that unlock based on game progression.
* 3 star rating system for missions.
* Your soldiers' stats improve based on their experience during missions.
* Randomly generated maps = ultimate replayability.
* Destructible terrain.
* On-the-fly Line of Sight.
* Ability to customize your squad for each mission.
* 4 zoom levels that allow you to see more of the battle map or get up close and personal.
* 20 achievements that will challenge you beyond the game.

A Note from the developers:

We hope you enjoy the latest release of Aliens versus Humans. Please help support us by rating/reviewing the app, liking us on Facebook (http://www.facebook.com/pages/Aliens-versus-Humans/323015897724713), following us on twitter @aliensvshumans as well as providing feedback through our support link.