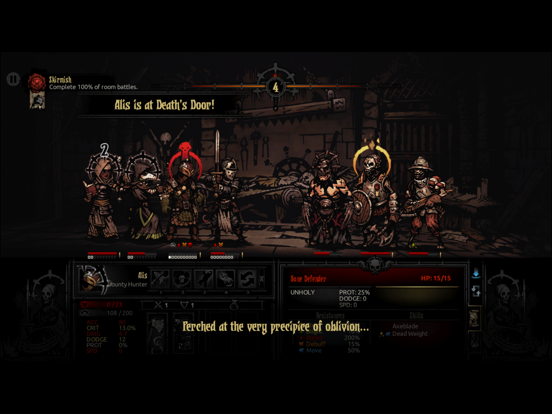 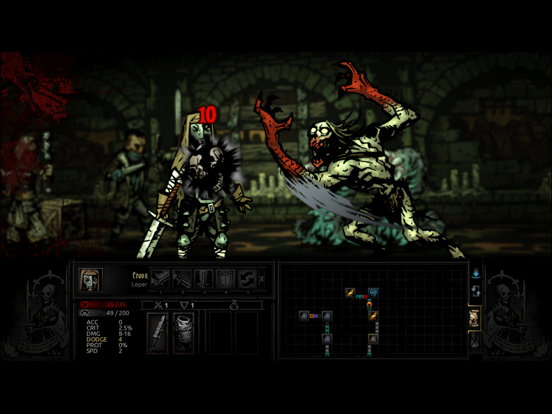 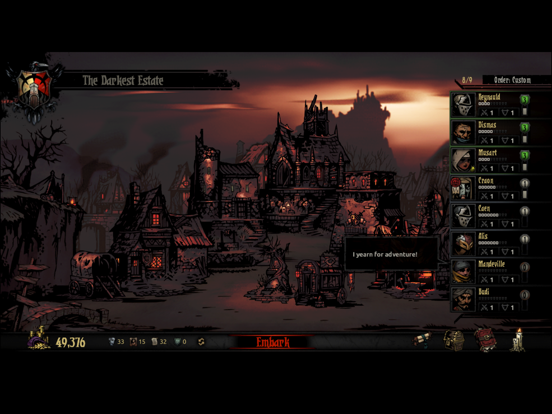 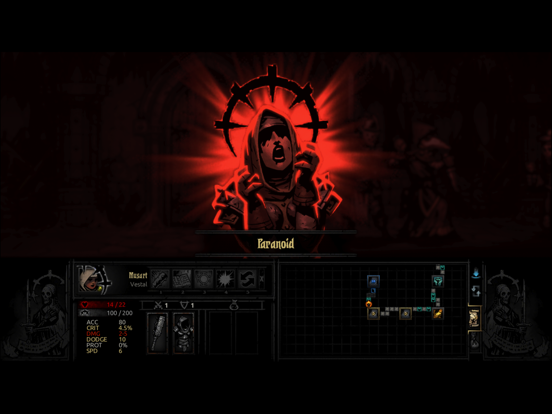 Recruit, train, and lead a team of flawed heroes through twisted forests, forgotten warrens, ruined crypts, and beyond. You'll battle not only unimaginable foes, but stress, famine, disease, and the ever-encroaching dark. Uncover strange mysteries, and pit the heroes against an array of fearsome monsters with an innovative strategic turn-based combat system.

* The Affliction System – battle not only monsters, but stress! Contend with paranoia, masochism, fear, irrationality, and a host of gameplay-meaningful quirks!
* Striking hand-drawn gothic crowquill art style
* Innovative turn-based combat pits you against a host of diabolical monsters
* Narration system to celebrate your successes...and failures
* 15 (and counting!) playable hero classes, including Plague Doctor, Hellion, and even the Leper!
* Camp to heal wounds or deliver inspiring speeches.
* Rest your weary, shell-shocked characters in town at the Tavern or the Abbey to keep their stress in check.
* Classic CRPG and roguelike features, including character permadeath, procedural dungeons, and incredible replay
* 3 game modes and over 80 hours of gameplay*

Can you stem the tide of eldritch horrors erupting across your family’s ancestral estate?

Descend at your peril!