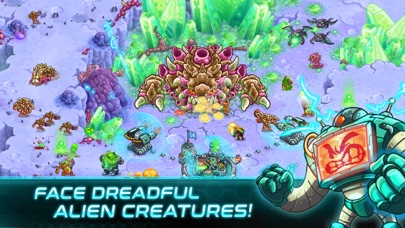 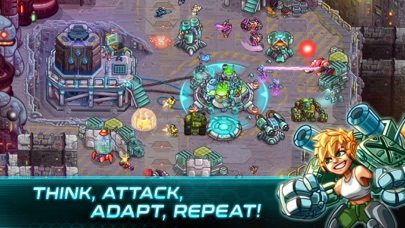 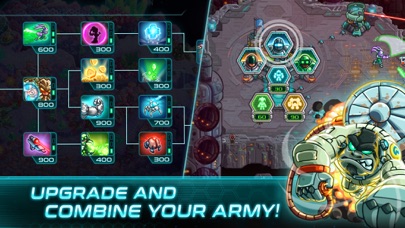 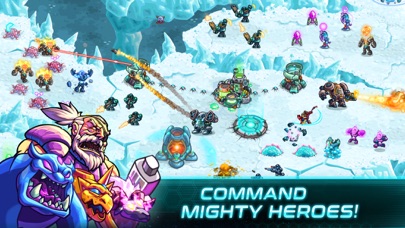 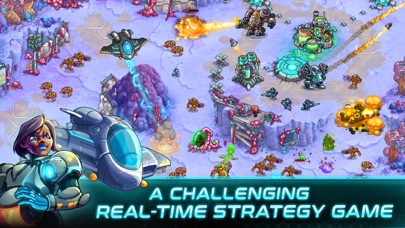 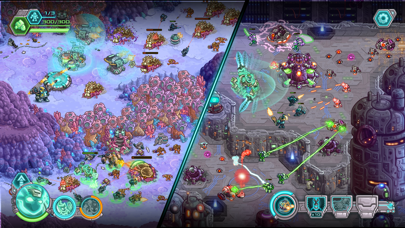 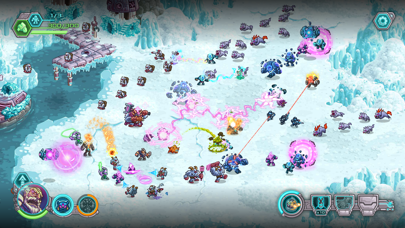 PLAN, ATTACK AND BEAT ALL THE ENEMIES ADAPTING YOUR STRATEGY by changing the role of your troops even in the thick of the combat, from ranger to sniper, from flamethrowers to missile launchers.

ADAPT YOUR STRATEGY by changing the role of your troops even in the thick of battle, from ranger to sniper, from flamethrowers to missile launchers.

RECRUIT AND TRAIN THE GREATEST HEROES in the galaxy, lead them into dangerous territory against near-impossible odds and unleash their mighty powers and abilities.

TURN THE TIDE OF BATTLE with orbital strikes, intelligent mines, support troops, turrets and a wide array of special weapons.

The galaxy needs the Iron Marines

• 21 CAMPAIGN MISSIONS across three sci fi planets. Each action-packed challenge will have you improve your strategy to save the galaxy!
• 17 SPECIAL OPERATIONS that will test if you have what it takes to battle your way through space.
• 40+ UPGRADES to build the ultimate RTS army! Choose between Defense Drones, Napalm Rockets, Ricocheting Blasts, Lethal Weapons and many more.
• +7 UNITS to bring into battle and give your hero some extra firepower!
• 8 SPECIAL WEAPONS to unleash hell on your enemies and keep expanding your tactics like space itself! What’s better than a well-placed missile? An orbital strike of 50 high-explosive missiles!
• DEFEAT UNIQUE BOSSES in epic battles. They are green, mean, killing machines!!! Well… some are machines and these aliens aren’t green… but they’re all massive and determined to crush you. Suit up, Marines!
• 70+ ACHIEVEMENTS to complete and show everyone you’re the best RTS commander in the whole galaxy!
• NO WI-FI IN SPACE? No worries, offline play guaranteed!
• CHOOSE YOUR DIFFICULTY MODE: Casual, Normal or Veteran. Don’t get cocky! Or Do! Your choice!
• IMPOSSIBLE MODE. Only for the most daring, reckless, all-out-of-bubblegum marines in space. We dare you!
GET
Contact Us
Twitter
Copyright © 2022 Woo Interactive.
Home
United States
Submit
Contact Us
Twitter
Copyright © 2022 Woo Interactive.